Life before genetics: autogenesis, information and the outer solar system

The investigation of the origins of life has been hindered by what we think we know about current living organisms. This includes three assumptions about necessary conditions:
1) that it emerged entirely on Earth,
2) that it is dependent on the availability of liquid water, and
3) that it is coextensive with the emergence of molecules able to replicate themselves.

In addition, the three most widely explored alternative general models for a molecular process that could serve as a precursor to life also reflect reductionistically-envisioned fragments of current living systems: e.g. container-first, metabolism-first, or information-first scenarios.

Finally, we are hindered by a technical concept of information that is fundamentally incomplete in precisely ways that are critical to characterizing living processes.These all reflect reductionistic “top-down” approaches to the extent that they begin with a reverse-engineering view of what constitutes a living Earth-organism and explore possible re-compositional scenarios. This is a Frankensteinian enterprise that also begins with assumptions that are highly Earth-life specific and therefore unlikely to lead to a general exo-biology.

The approach Professor Deacon will outline instead begins from an unstated conundrum about the origins of life. The initial transition to a life-like process necessarily exemplified two almost inconceivably incompatible properties: 1) it must have involved exceedingly simple molecular interactions, and 2) it must have embodied a thermodynamic organization with the unprecedented capacity to locally compensate for spontaneous thermodynamic degradation as well as to stabilize one or more intrinsically self-destroying self-organizing processes.This talk will explore the origins of life problem by attempting to identify the necessary and sufficient molecular relationships able to embody these two properties. From this perspective Dr. Deacon will describe a model system – autogenesis – that redefines biological information and opens the search for life’s origin to cosmic and planetary contexts seldom considered.

Terrence Deacon is an American anthropologist (Ph.D. in Biological Anthropology, Harvard University 1984). He taught at Harvard for eight years, relocated to Boston University in 1992, and is currently Professor and Chair of Anthropology, Professor in the Helen Wills Neuroscience Institute, and member of the Cognitive Science faculty at the University of California, Berkeley. Prof. Deacon’s theoretical interests include the study of evolution-like processes at multiple levels, including their role in embryonic development, neural signal processing, language change, social processes, and focusing especially on how these different processes interact and depend on each other. He has long stated an interest in developing a scientific semiotics (particularly biosemiotics) that would contribute to both linguistic theory and cognitive neuroscience. His 1997 book, The Symbolic Species: The Co-evolution of Language and the Brain is widely considered a seminal work in the subject of evolutionary cognition. His approach to semiotics, thoroughly described in the book, is fueled by a career-long interest in the ideas of the late 19th-century American philosopher, Charles Sanders Peirce. In it, he uses the metaphors of parasite and host to describe language and the brain, respectively, arguing that the structures of language have co-evolved to adapt to their brain hosts. His 2011 book, Incomplete Nature: How Mind Emerged from Matter, explores the properties of life, the emergence of consciousness, and the relationship between evolutionary and semiotic processes. It was published by W. W. Norton in November 2011. The book attempts to develop a scientific theory of how properties such as information, value, purpose, meaning, and end-directed behavior emerged from physics and chemistry. 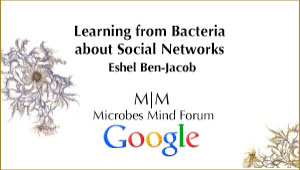 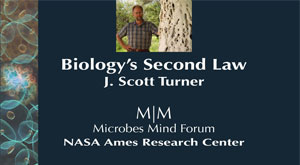